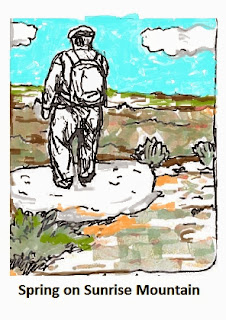 Do you catch yourself daydreaming? Do you expend energy on things such as painting, writing a blog or playing golf? Things such as these we all do for many reasons. Perhaps we do it to relieve boredom or to exercise pended up energy?  From a strictly evolutionary standpoint, there would seem
to be no obvious survival benefit to it. Despite this, we as individuals spend an awful lot of time and energy imagining things, some of which never come to fruition. 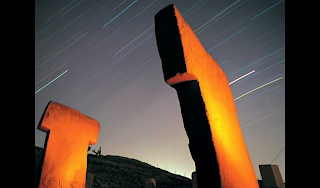 Some say that this is a side effect of the cultural revolution ushered in by civilization. As our time was freed up from the rigors of hunting and gathering more free time could be allocated to things not directly related to our immediate survival. However, no one alive today can know for sure what the causal relationship between creativity and the rise of civilization might have  been. It would seem logical that there must have been some preexisting  semblance of the creative mind  to make the initial jump in the first place.

From those dusty fragments that are available of a remote past, we must, therefore, infer what we can. Scientists and other professionals across many disciplines for many years have been doing just that. There are  many conflicting ideas, some of which that do not fit so squarely within the accepted cannon. However, with each new discovery, it is becoming more evident that complex and abstract thought far predates the onset of civilization. The question then is how long? 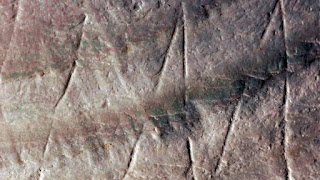 As we trace back our human lineage we find that some of our now extinct cousins were capable of abstract symbolic thought and perhaps even language. For example, we now know that our direct ancestor, Homo Erectus had the ability to shape his world in ways that placed him right at the top of his food chain. In many ways, he was superior to us. No one today could survive the wild as he did in direct competition with lions, hyenas, and dire wolves. Our transformation of the world has negated the need to possess such strength and guile. 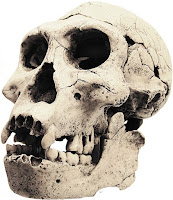 The tradeoff, of course, is civilization and all that it entitles
one to. We must, however, learn to recognize the inherent fragility of this thing in which we all participate.  We do after all still possess that same problem-solving mind. To what end then will become this latest and last survivor of our genus?

As the saying goes, all good thing must come to an end. There are many species with whom we share this planet. Some of which may be in the possession of higher processes that rival our own. In our absence will one of these candidates rise to the challenge? It would seem that there would be no obvious candidates. Perhaps it is to our evolved descendants who we shall deliver this world as an inheritance? 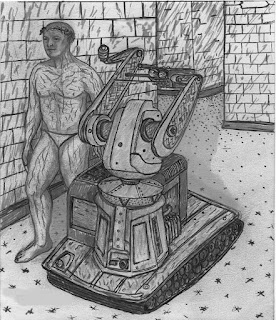 In a future world in which sentient machines have relieved us of our toils and labors perhaps the true nature  of this daydream mind will be unleashed.  Whether or not our robot overlords may be so benevolent is another story entirely. The key to this question may ultimately rest in our ability to survive long enough for our innate creative capacity to be unleashed. It served us well enough when we dropped out of the trees onto the savanna.
Posted by Unknown at 2:53 PM