My Top 5 Things That Aren't There

I have been doing this blog thing for a few years now. Being that the title of this blog  is “Things That Aren't There” I thought it might be high time to list of the top 5 things that aren't there.


There are plenty of mysterious and fascinating discoveries yet to be made in our world and in our universe. Enough so to supply this blog with subject matter for a good many years. There are threads of non thematic elements however that seem to have been revisited upon again and again.  In the style in which these are presented these elements, drawn from current popular science are described or eluded to often as given facts. In truth the consensus on many of these is  not quite universal. The reason that many of these theories are perceived as being fringe worthy is that they do not jibe well with our everyday common experience. I believe however that there is enough evidence in each case that as this century unfolds and capacity to understand increases, many of these may one day be accepted by the masses as common knowledge. Here presented are my top five presented in no particular order.

All life on Earth including our primitive ancestors had for eons learned to exploit its environments. For billions of years our single celled ancestors lived exclusively in a two dimensional world. Then some primitive creature had the bright idea to grow on top of its neighbor. Despite its lofty vantage it still could not fathom its universe from beyond this perspective. These cells would eventually coalesce into a unified form. Its senses would then by necessity evolve to be self aware  in the dimensions in which we are all now familiar. It is only now that we are beginning to see that it may just be the tip of the iceberg. 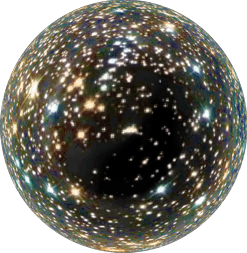 There are a number of dimension that for us exist only in the world of mathematics forever beyond the reaches of our common senses.Nature apparently has not seen fit to prepare us to see any phenomena that are non essential to our survival. The spaces in which we inhabit can be plotted and calculated as a projection of two dimensional perspective. Every point within has it’s corresponding two dimensional value whose perspective is determined by the observer. Much of what we perceive therefore is more or less relative. The only verifiable points of reference are purely numerical. To extrapolate this out to grander scales, the universe can be best described as series of intersecting planes laid out upon a curved manifold. Upon this fabric the mass of an object creates a localized warp  or bubble from which the three common dimensions are a manifestation caused by the effects of gravity. Furthermore some proponents of string theory suggest that all of what we call the universe is in reality two dimensional information structure projected upon a cosmological horizon. 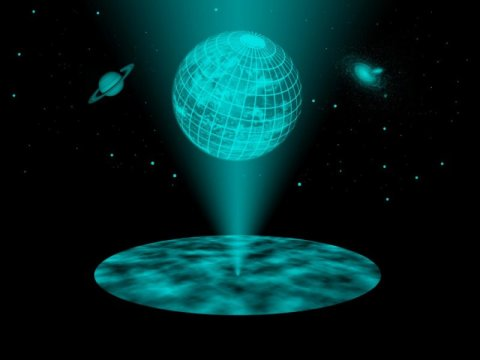 
All of time exists as a single dimension

Meanwhile in more classical cosmology what we recognize as time, is according to Einstein only a  part  of a greater four dimensional construct known as Space time. Our experience of this construct is dictated by our relative proximity to given mass and the relative velocity around it.
Again it is our senses that dictate our experience. Although experientially the arrow of time for us points only in one direction science for sometime has characterized it as a dimension that exists all at once as a single whole.  Past, present and future then merely appear to exist independent from one another in what Einstein described  as of persistent illusion.  It is for this reason that within such a closed system that the arrow of time precludes paradoxes.  There is also a possibility that on the far end of this continuum there is another arrow pointing in the opposite direction. To those in such a reality yesterday is the future. 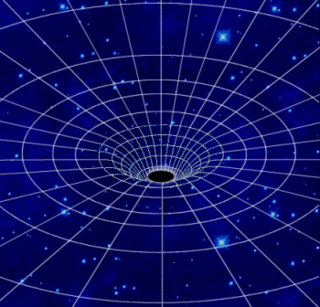 If one were able to view the dimension of time from the outside an individual's perspective within could be characterized as a two dimensional slice which we refer to as the present.The future exists for us only in imagination and the past as a memory. However despite our inability to see them they exist side by side with the mere membrane of the present to separate them. 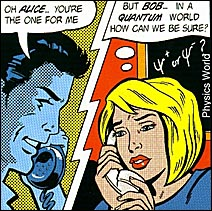 Regardless to any observed event Heisenberg’s uncertainty principle states that on the quantum level that there is limit to the level of precision one can achieve when plotting the position of any single particle. In that there the ability to determine its momentum is inversely proportionate to the precision in which its position is measured.  In a nutshell this means that the closer you look at an event the the more pixelated it becomes. The implications of this is that there is an inherent uncertainty that is built in to reality that exists independent of an observation.

In the realm of quantum mechanics the bizarre is the commonplace.  Perhaps nothing exemplifies this notion more than Schrodinger’s now famous cat in a box thought experiment. In the experiment he asks if a cat were placed in a box with a dose of cyanide  How could we be sure until we opened the box if the cat were dead? Furthermore until the box is opened the state of the cat is undetermined so its potential state is both alive and dead.

Some time later this thought experiment was tested in the equally famous double slit experiment. In which photons are fired at a target of material bearing two  Identical slits. It was discovered that when unobserved photons behaved as both particles and waves, fixing their states only upon measurement.  The same is true of the cat he is both alive and dead until we observe the opened box. In some interpretations both versions of the cat exist in their own branch of reality. 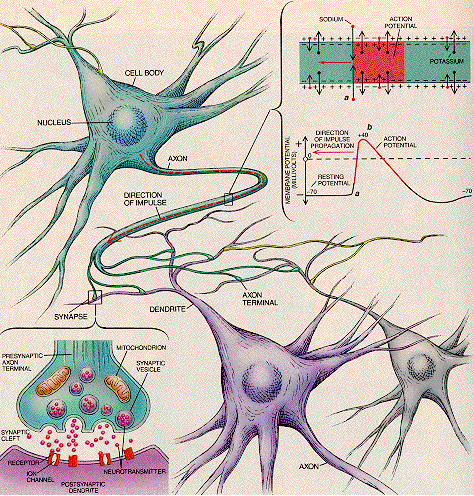 There is little doubt that one of the longest standing questions one could ask not only in science but also in philosophy is where within our fragile bodies does the seat of consciousness exist. Its a thorny question fraught with controversy. However though many purport that no evidence exists for anything beyond a purely biological process some have inferred the possibility of the mind existing beyond the physical body. I'm not talking about a spirit in the traditional sense but a measurable phenomenon. Currently there are no tools sensitive or sophisticated enough to detect such phenomenon. This does not rule out the possibility of there someday being a method in which it is discovered how the brain may access a quantum process inherent to the universe that is currently invisible to us. There however can be no doubt that classical physics has most certainly failed in this quest. 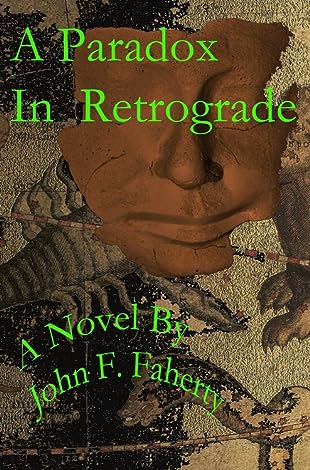 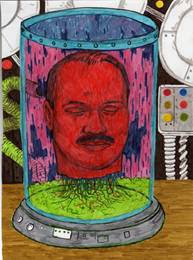 Check out my other web sites