Sorry It's been a while. A new year is upon us. The holidays are over and its time to get back regular time.

In 1936  Alan Turing famed code breaker and mathematician published his now famous paper, "Computable numbers with an application to the Entscheidungs problem." In it he lays the groundwork for all future computers by introducing the idea of data formatted into a binary code.   He laid out in theory how by using a simple switching device and a counting machine or processor  problems of great complexity could be quickly and easily calculated. Few of us born in the 1960’s could have foreseen the changes brought upon society by the revolution born of this technology. Everything from our cars to toasters  now possess some level of calculating ability. The age of complex mechanization is dead. For all but the most rudimentary of technologies is so to speak on the grid.

It is true that with each passing year we grow more dependent upon our personal devices. So much so that they are becoming more like appendages than the tools they were originally intended to be. This is not to say that it is such  bad thing. For in the past other life changing technologies have had their opponents. Who among us would consider indoor plumbing, automobiles and airplanes to be inherently detrimental.Though some problems from each over time have been identified, all have in their own way tended to improve the overall quality of each of our lives. Despite this each in its time had drawn the ire of vocal detractors. 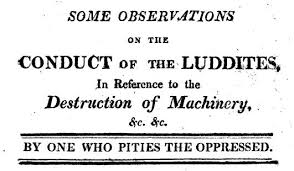 I am among other things an artist and a writer. For those like myself who feel the urge to create the burgeoning changes have offered both challenges and opportunities. For those who in the past who had been rejected by the traditional arbiters of culture for reasons of either of taste or content have discovered new avenues of expression.  Some categorize this changing landscape as a democratization for its ability to be inclusive. Others are less convinced and feel that these entities have to some extent have for better or worse taken the place of more traditional productions. Still others on the fringe believe that the artificial intelligence behind the likes of Amazon and Google have far more ominous consequences for our future. Regardless however how one might feel In the age of amazon  those who aspire to make a literary name for themselves must contend with the algorithms of rank. This system designed to reflect the hidden desires of those about to purchase has emerged as the king of the digital media marketplace. 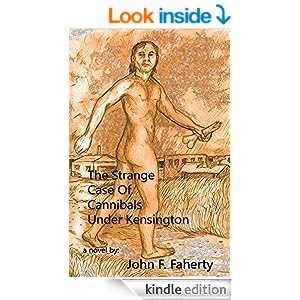 
In 1952  attempting to explain the phenomenon morphogenesis Alan Turing again published another revolutionary  set of equations that in time came to be the basis of modern mathematical biology. In essence Turing by trying solve the riddle of how a tiger got  its spots,  created a logical model to describe the process through which patterns arise in biological systems.


In a sense by using algorithms similar to those used in mathematical biology, entities such as Amazon and the like are trying to predict the purchasing pattern of millions of  their paying consumers.  Is it possible that hidden within the nature  from which springs our complex behavior that there exist patterns akin to that of spots on an octopus or the stripes on a cat. Despite how fiercely we defend the concept of each of us possessing a unique individuality our behavior patterns as it turns are highly predictable. From a roughly homogeneous set the buying public will seize, and their attentions coalesce upon a particular product, song, film or book. Hidden in this behavior as in all things there must be patterns. At first glance one might surmise that these patterns appear randomly. There is however in both  instances  a hidden structure that can only be realized in highly evolved computer systems.


So then as these systems continue evolve there will no doubt that there should be corresponding effects be them good or bad upon our everyday lives. I for one see no reason why one should not feel optimistic about the societal changes wrought by these burgeoning technologies. May I recommend however that we retain the off switch just in case. For as these technologies advance and their deployments become ever more seamless, could we one day find ourselves being exploited in ways we can't now imagine?

Posted by Unknown at 7:52 AM No comments: