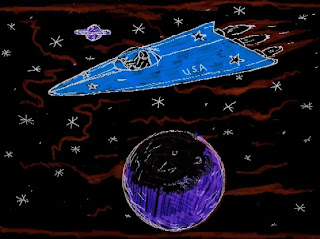 Recently some of my childhood heroes got together to send a letter of protest about the administration’s proposal to completely cancel our nations plans to return to the moon. These men now in old age appear as messengers from a nobler era. Neil Armstrong, Jim Lovell and Eugene Cernan were among the signatories in this rebuke of national policy that claims we are conceding our rightful place on the cutting edge of space technology to those less deserving. I remember that night of the first moon landing in July 1969, how very exciting it all was to be alive in such amazing times.
I remember how, as a youngster I felt betrayed when our national goal disappeared as our nation grew bored with it. I have secretly held resentment all these years as if a future that could have been, filled with technology’s promise, was taken away and replaced by Disco music and mood rings.

I wrote this little following snippet as an aborted blog entry last year in a failed attempt at dry humor. At the time I thought it was terrible and it’s still terrible but its kind of timely now in a way that will soon seem evident.

“In honor of the fortieth anniversary of the moon landing I would like to pay homage to that other testament to the human spirit, my summer Vacation. I can still hear the words of my wife reverberating in my ears on that chilled February morning, “We as a family should commit ourselves to achieving the goal before the end of this summer go to the Eastern shore of Maryland before and return safely to Philadelphia” I, being the family’s Werner Von Braun, was charged with implementation of these lofty goals. Immediately I began making plans for my long anticipated summer vacation. Despite having all these months to prepare the inevitable crunch time has arrived.

This coming Thursday we will pull our fully laden trailer loaded with a thousand essential things the two hundred or so miles to Maryland’s Eastern shore. Once there if all goes to plan, we will begin to reap the fruits of my labors. The fact is however that things often don’t go as planned, just as our intrepid astronauts discovered when their computer told them to land in a boulder field. Having the sense and the training they were able to adjust their landing site with just seventeen seconds of fuel remaining. To avoid such calamities, I always plan things in advance so I might have the time to bring my plans into action and run any simulations as required.

In preparations for all manner of endeavors I often will first create lists within lists. This past weekend as a hundred things filled my head I entered pre flight mode in which I began the process of fleshing out the details on the final checklists. Some of the first items on my lists were obvious needs like food, sporks and space blankets. Others like my mp3 collection and a dozen different baseball caps, although not technically necessary they are not any less essential.

The logistics involved with planning such a trip were staggering, and not unlike those labored upon by the Apollo program in their race to the moon, I attempt to anticipate every eventuality. I began this practice years ago in an effort to fight off the chaos brought on by a flurry of my own thoughts. Of late I feel however I may just be feeding the fire. If something were to go wrong out there and I were to become lost in a lifeless, chaotic wilderness I might soon crimp my air hose and be left to die in an alien landscape. Or worse, I could forget the dogs shot records. However if all goes well I may yet catch that spotted flounder on my surf rod or kayak the length of the sound without dropping my sunglasses in the drink.

I wrote this originally as a play on how our adventurous natures were somehow usurped while we slept by a culture of safety. One year out this entry now seems funny to me because in this era of cost cutting, not only is the future of space exploration in doubt so also are the tried and true rituals of summer vacation. It seems this too has become victim to budgetary short falls. There will be no planning and packing, no daylong voyage. There will no thunderstorms at sea, no watching in awe the lightning arc across the charcoal sky. The lists and tools, for at least a season, will now sit idle. Hard cuts had to be made but I wonder if the spirit can long endure the rigors of austerity.
Posted by Unknown at 1:38 PM No comments: 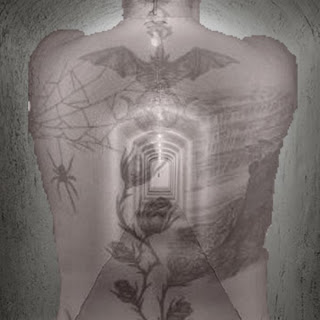 The culture of accountability

In the waning years of the great civilizations of the Bronze Age there was a belief among the royal and priestly classes that their fortunes and dynasties would endure the ages. Despite their wisdom, they could not see the true meaning hidden within the subtle changes that had befallen their world. There are lessons there among the heroic tales of the Iliad that describe for us a world characterized by desperate actions by ill advised and desperate leaders who would cling to a forlorn notion of honor. The realities were far more complex even for a bard of Homer’s stature to describe. What is often lost to the casual historian is the fact within a mere eighty years, the Greek culture that had launched a thousand ships for the sake of fair Helen, had ceased to exist. The cultures of the eastern Mediterranean had fallen into a Dark Age. What parallels could be drawn by an astute observer from these ancient tales to the current state of affairs in which we find ourselves. Some say to those in the past their primary enemy was their own success. By this I mean, their populations grew beyond their capacity to feed them. As the privations of an economy in turmoil made themselves evident their leaders could not look beyond the status quot for answers.

For those of us, who came of age during the Reagan era and were unlucky enough to live outside the sphere of the wealthiest of Americans, there is something that each has in common. This being experiential thread of being the cultural scapegoat for the perceived excesses of the baby boomers that came before us. This population boom flowered in the cultural revolutions that followed and was characterized in popular song as the dawning of a new age. This new age was however short lived as the economic realities of the 1980’s were made evident. The promise of a world free of war and disease was perhaps a long shot to begin with but what about the other things? It’s hard to pinpoint exactly when this all began to change. Sometime during the 1980’s a culture of profit at any cost was embraced by an elite cadre of the wealthiest who shunned industry as a cause unto itself for the fortune of the bottom line. In one generation the assets of our nation were liquefied to line the pockets of these privateers in gold. For these men, pride in a sense of accomplishment that comes with the production of goods and services or the welfare of workers families would no longer be a priority. Instead, the goal of increased profitability would be their rallying cry.

Since then the computer from which reams of data can be processed instantaneously has become commonplace. In their hands it would become the tool through which the institutionalized scrutiny that pervades our culture was created. This scrutiny has trickled down to a point where it is involved in virtually every facet of our every day lives. We are told what we should eat, what we should look like, how we should spend our free time and how to be safe. In this made for television fantasy land of images and fun facts, there is safety in numbers. For our short sighted and narcissistic society, it is true in both the sense of a herd and as algorithm. For those who are held accountable these numbers can be arranged to prove or disprove anything. And the subsequent finger pointing allays any collective responsibility. We can pretend then that we should expect guarantees against the ravages of crime, nature and disease even as the climate itself goes through the most dramatic changes since the ice age. In this era of terrorism, plauge and foreign war Statistics have replaced commonsense and dignity. As a result, the cooperative nature of the common good is seen as an anachronism.
Posted by Unknown at 10:23 AM No comments: