A Question of Faith

A Question of Faith

As Wam once said “You got to have faith” not for its own sake mind you; as an ingredient, however, it can be powerful stuff. What do you mean by that you ask?  I’m not talking about faith in supernatural. That’s a whole other story; for the sake of brevity I will not touch on. I’m talking about faith in man’s constructs his institutions and Ideas. It is amazing to me that a group of animals decided one day to behave in a civilized fashion. I imagine it was all hatched up one night beside some ancient fire pit. I doubt that in reality it was that sudden. However, in geologic terms it was but a microsecond ago. Albeit with varying degrees of success from that point on, each of us has been indoctrinated into a contract of behavior. 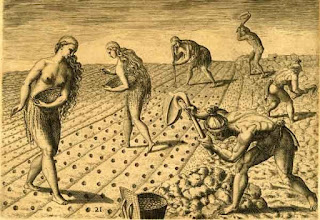 No longer do we live in fear of being consumed by unrestrained nature. Nor do we experience the true freedom that goes hand in hand with being in harmony with nature. There in this exchange our ancestors made a tacit agreement that requires from us their descendants to make peace with that decision.

In order to come down out of the forest men, they had to accept the concept of a division of labor. In a system such as this each participant must produce his fair share of labor so they might in fair trade exchange the products of these labors for the goods and services others. This is how a specialty of occupations had evolved as farmers turned to woodworkers and smiths. Later every endeavor of man would follow suit under these same rules. Today there is a complexity to our economics that seems almost biological in nature. It is however merely a construct created but a few thousand years ago.

So much of what drives our world requires us to believe it to be true. Money is paper what it represents, however, is something we hold value in.  We believe in science so we take our pills and follow the advice of experts. For long ago we ceded our limited individual knowledge for the superiority of a collective ever evolving one whose devotees are held to rigorous standards. Knowledge of who and what we are no longer interpreted by shamans or natural experience is distilled into histories told through which we feel strangely disconnected from.

When explaining to a child how the world works there are the inevitable questions that follow. A particularly astute child may ask what is it that keeps the world from falling into chaos. An adult who is being honest would need to search for an answer. The answer one might give to a child would by necessity be brief and simple. By coincidence, these stripped down definitions are generally more accurate and easily understood.

Whatever that answers might be the chances are that both the adult and the child will be left dissatisfied. What we inevitably find is that to do so requires us to use words that tend to defy logic.  In a nutshell well must believe in it for it to be so. It is by the wish of goodwill and fairness alone that divide us from the harsh realities of the world from which we evolved. 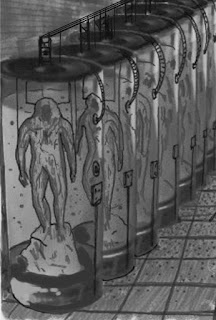 At this point and time, we are as we have from the beginning constantly standing on the edge of anarchy. We remain here happily rarely giving much thought to the inherent fragility of human society. For it to work, enough of us must not only believe it to be good, natural and just, but we must also actively participate in it. Therein faith does not require us to believe the inherent truth in the construct merely that we show up and play our part.

Other perhaps more important questions however remain. In the face of increasing brutality and diminishing resources at what point do we have a responsibility to lose faith in a system? To what extent does one follow along heedless to the warnings? Are we so far removed that we can longer tell what is essential to our own self-interests?


As a special thanks to my friends out  in the world I am offering my book "Children of a Dark Age" free of charge in pdf format for a limited time.  See the link on the sidebar, If you like it drop me a line.
Thanks again
John
Posted by Unknown at 6:34 PM No comments: